All along the Outer Banks from Corolla to Ocracoke, you will find lighthouses, five to be exact. These lighthouses have been guiding sailors for centuries, shining a light onshore and giving them a beacon of hope that land is near.

Do you ever sit and wonder why thousands of visitors flock to the Outer Banks of North Carolina each year?
Well, we are here to tell you why vacationers continue to choose this 200-mile-long stretch of beach year after year! From History to Adventure, to Deep Sea Fishing and Hangliding. Whether you come for the food or the hospitality, the legends, or the myths, The Outer Banks is the perfect family destination for a unique vacation experience. The Outer Banks Lighthouses are one of the main attractions that draw vacationers from all around the world to our beautiful coast. If you're looking to visit the area here are some fun facts that might help you choose which lighthouse to see first!

The first lighthouse on the Outer Banks was constructed in 1823 on Ocracoke Island. Standing about 75 feet tall with solid white walls made out of a whitewash mixture consisting of, lime, salt, Spanish whiting, rice, glue, and boiling water. The Ocracoke Lighthouse is not open to climbing however, the grounds can be roamed and are perfectly picturesque. Ocracoke Lighthouse is a great day trip if you are staying in South Nags Head or Nags Head. You can catch a passenger ferry that departs from the Hatteras Ferry Terminal throughout the summer and docks at Silver Lake Harbor in the heart of Ocracoke Island. You can reach the restaurants, shops, unique craft boutiques all by foot and then catch the Ferry back to Hatteras during the evening. 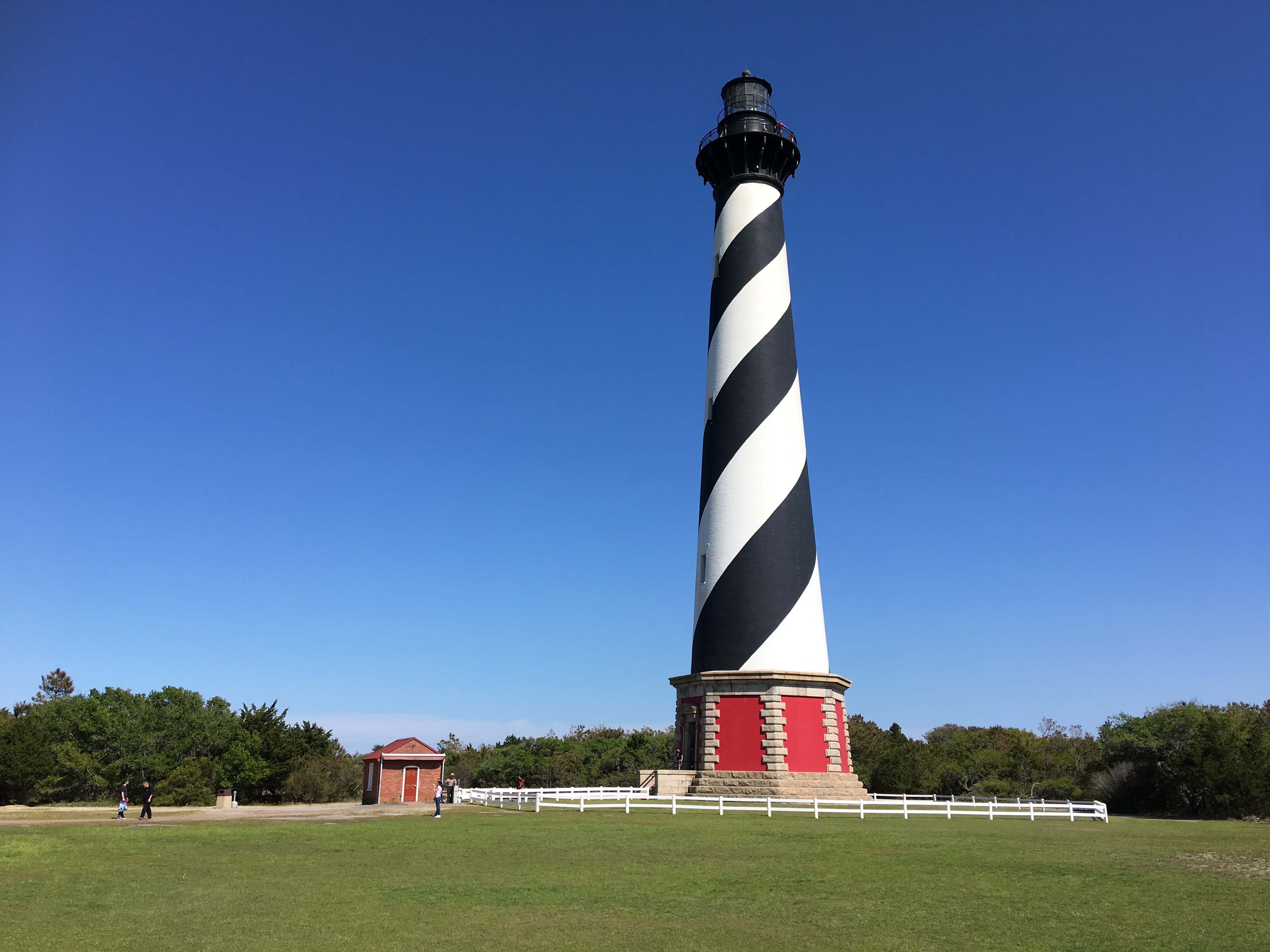 In 1872, it was decided that we needed more light to safely guide ships throughout the treacherous waters off Cape Hatteras and so The Bodie Island Lighthouse was born. Standing approximately 170 feet high and about 214 steps Bodie Island Lighthouse was recently opened for climbing by visitors after a major restoration project that began in 2012. Bodie Island Lighthouse is only a 17-minute drive from South Nags Head. Once you've reached the top of this lighthouse you'll have no choice but to drive a few minutes further south to check out the Pea Island Nature Reserve. This area of the Outer Banks is something you don't want to miss!

The last lighthouse to be built on the Outer Banks of North Carolina was constructed in 1875 in Corolla NC. The Currituck Beach Lighthouse is distinguished by its unpainted red brick, making it unlike any other lighthouse on the Outer Banks.  Nestled in the quaint little village of Corolla and tucked behind the trees this lighthouse stands over 162 feet tall. After climbing the roughly 220 steps to the top you will find a breathtaking view of the island, capturing both the Pamlico Sound & the Atlantic Ocean. Currituck lighthouse which is often referred to as Corolla lighthouse is located next to the historic WhaleHead club which is only about a 20-minute drive. Duck boarders Southern Shores which merge into Kitty Hawk making this lighthouse the ideal location for day-trippers staying in any of the centrally located towns from Duck to Kill Devil Hills. 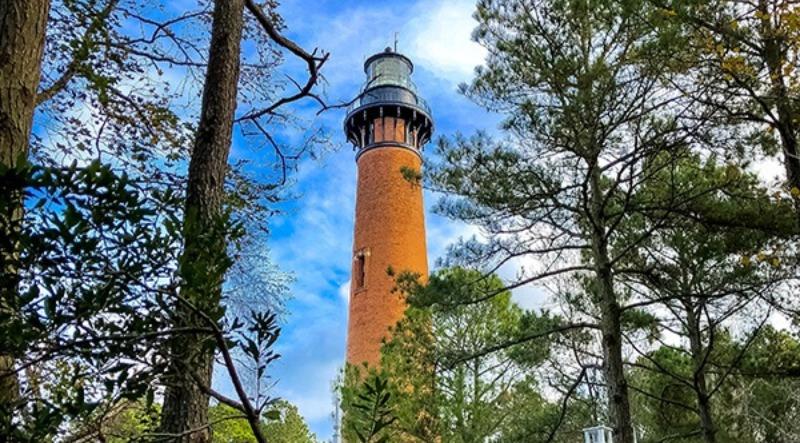 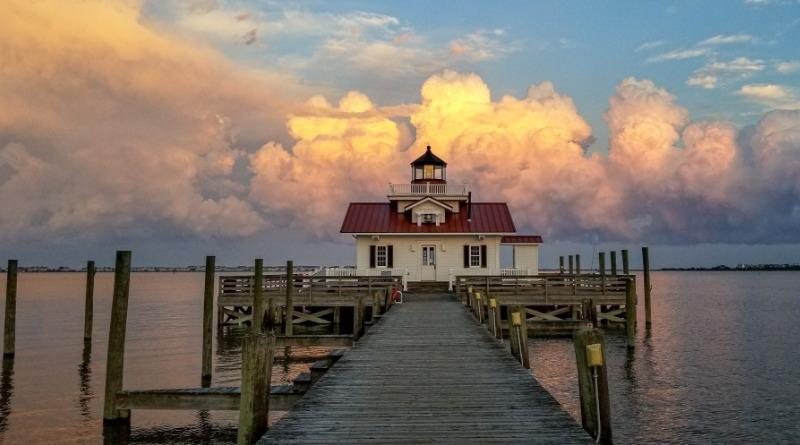