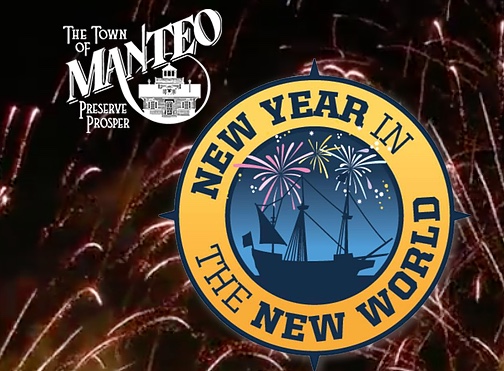 A Cold Night for a Great Celebration

We have some good news and some bad news about the upcoming New Year in the New World New Year’s Eve Celebration in Manteo.

Looking at things on the bright side, it’s not going to be anything at all like the forecast for Times Square in NYC. Sure, they get all the press, but this is our first time doing a New Year’s celebration in Manteo so we’re still building our good will.

It does look like a great way to welcome the New Year.

The music and fun begins at 5:00 p.m with DJ Mike followed by bluegrass jazz band Sassafras at 7:00.

A really nice touch, there will be an 8:30 ball drop for the kids so they don’t have to stay up until midnight to watch the ball drop.

The musical headliner for the evening will be the Rhondels. Hailing from Virginia Beach, the Rhondels had a series of hits in the 1960s and their sound is smooth as silk.

At midnight…the official ball drop with what is being billed as the largest fireworks display in North Carolina.

Definitely break out the down parka and wear some layers for this one though. The Manteo midnight forecast temperature is 28 degrees. Of course, it could be worse—Times Square forecast calls for 11 degrees.

Announced Schedule for the Town of Manteo

Sassagrass is an eclectic group of multi-instrumentalists who wow crowds with hard-hitting bluegrass and jam fused music.

Following an evening of family-friendly events, the early ball drop at 8:30p.m. allows little ones to ring in the new year before the late hours.

From Virginia Beach, VA, the Original Rhondels are a music tradition who have performed their hit recordings in almost every major city in the United States.  In 1969, Bill Deal and The Rhondels began a recording career that would take them to Madison Square Garden and across the country.  With three top 10 hits, ‘May I”,  I’ve Been Hurt”,  and “What Kind of Fool Do You Think I Am”, the band toured the country delighting audiences with outstanding vocals, powerful brass, and exciting showmanship.  The band continues that honored tradition today, playing the music that made them famous as well as current favorites for all ages.

Join us on the docks of Downtown Manteo for theLARGEST NEW YEARS EVE FIREWORK SHOW in the state, all choreographed to music!