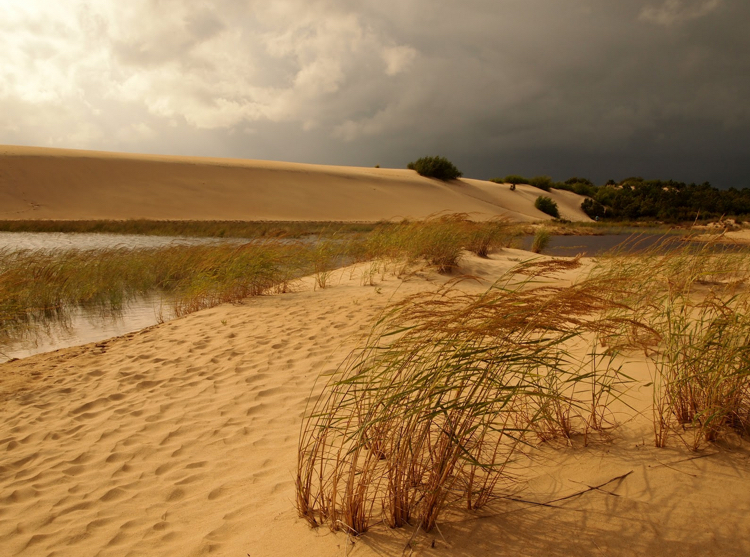 The sun has come back to the Outer Banks; we’re getting some nice breezes from the south, which is what is expected as the weather turns to spring and summer. We had a couple of rugged days in there, but spring is always like that as the atmosphere makes up its mind about what the season is going to be.

Kites are starting to pop up again on Jockey’s Ridge State Park in Nags Head—a sure sign that more pleasant days are here.

In a landscape filled with symbols of the beach life, Jockeys Ridge seems to have taken its place an icon that people look to and remember. With over 1,000,000 visitors every year, it stands to reason that visitors and locals see the massive dune structure as a symbol of the Outer Banks.

It was almost destroyed.

Back in the early 1970s developers were ready to level Jockeys Ridge and build vacation homes. In fact, the bulldozers were ready to move when Carol Lista (there’s road named after her in Nags Head) stood in front of the ‘dozers and refused to move.

Her actions inspired others and from that People to Preserve Jockey’s Ridge was formed. Some intense lobbying and excellent marketing followed and in 1975 Jockey’s Ridge State Park was established.

There is nothing like Jockey’s Ridge anywhere. It is a living dune—meaning the sands are in constant motion, changing the shape and landscape throughout the year. The highest sand dune on the East Coast, it is home to the Kitty Hawk Kites hang gliding school and may be the finest place in the world to fly a kite.