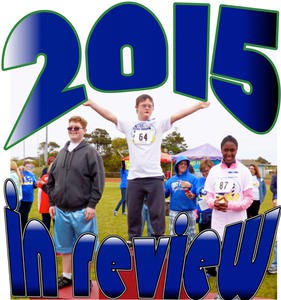 By any standards, 2015 was a good year on the Outer Banks. Final figures aren’t in yet, but unless November and December post a negative number of people coming to the Outer Banks, visitor spending will set new records. The housing market is back on its feet again. There has been steady improvement for the past five years, and 2015 seems to be the year we can safely say it has come back; new construction is significantly up over 2014, the number of properties sold passed 2014 in November and we’re still waiting for the December figures to finalize the year.

There was other good news as well. NCDOT and the Southern Environmental Law Center reached an agreement that halted lawsuits preventing a replacement for the aging Bonner Bridge over Oregon Inlet. NCDOT also decided to accelerate the timetable for the Mid Currituck Bridge and with any luck there will be traffic relief in Southern Currituck and Southern Shores by 2021.

We gathered a some of the headlines from bigger events by month to look back over 2015. Some are significant; some remind us how much fun it is to be on the Outer Banks.

Weddings and events are big business on the Outer Banks and the 2015 Expo brought brides, grooms and their entourage from all over the US. This year’s Outer Banks Wedding Association’s Wedding Expo is January 16-17.

The Bureau of Ocean Energy Management (BOEM) announced lease sites for offshore wind energy development. Located 28 miles offshore, the Kitty Hawk site is one of the potentially most productive on the East Coast.

With the news that BOEM was going to reopen the Eastern Seaboard to offshore drilling, a unified Outer Banks rose up in protest. The issue is still undecided, with surveys of potential drilling sites not yet finished.

Held the last Saturday in April, the Dare County Special Olympics brought together over 200 athletes in a remarkable display of love, family and competitive effort.

The first of what we can only hope is many OBX Brewfests. Great beer, great music and a wonderful atmosphere. The initial event for the refurbished and expanded Outer Banks Event Site, the setting could not have been any better. Look for the 2016 version over Memorial Day Weekend.

An historic and hard fought settlement between the SELC and the NCDOT put an end to the litigation holding up construction of the replacement for the Bonner Bridge. The bridge, built in 1964 originally had an 40 life span. Construction for the replacement span should begin this spring.

Under the heading of what’s old is new, Jefferson Starship made an appearance at the Lost Colony. Amazing that after all these years, they still sound as fresh and new as ever.

Back in 1981 Edward Greene, owner of the Christmas Shop in Manteo, felt there had to be some way to get people to come to the town so he introduced the Outer Banks to the New World Festival of the Arts. He’s handed it off to the Dare County Arts Council—Edward is 91 and wants to slow down a bit—but the festival is still a marvelous combination of craft and high art.

Mother Nature really threw a curve at us in September. Hurricane Joaquin started to come this way then veered out to sea and that was followed by an early season nor’easter. Quite a number of events had to be cancelled and the Beach Road north of Black Pelican in Kitty Hawk was washed out for the second time in 2015.

The short answer is apparently not—or at least not well. But the event, sponsored by Kitty Hawk Kites, was a lot of fun.

Blossoming from a single event 10 years ago to a weekend of family fitness time with races from fun runs to the Marathon. Near record times in 2015. The 2016 Marathon Weekend will be November 11-13.

Capping a year of turmoil a new town council was seated in Southern Shores with three the three incumbents standing for re-election voted out of office.

Record Warmth for the Month

More like spring or early fall that winter, the Outer Banks experienced 60 and 70 degree daytime temperatures all month. The fishing was great, the surfing ok—there wasn’t a lot to stir up the ocean—but the spirit of the holidays was alive and well.