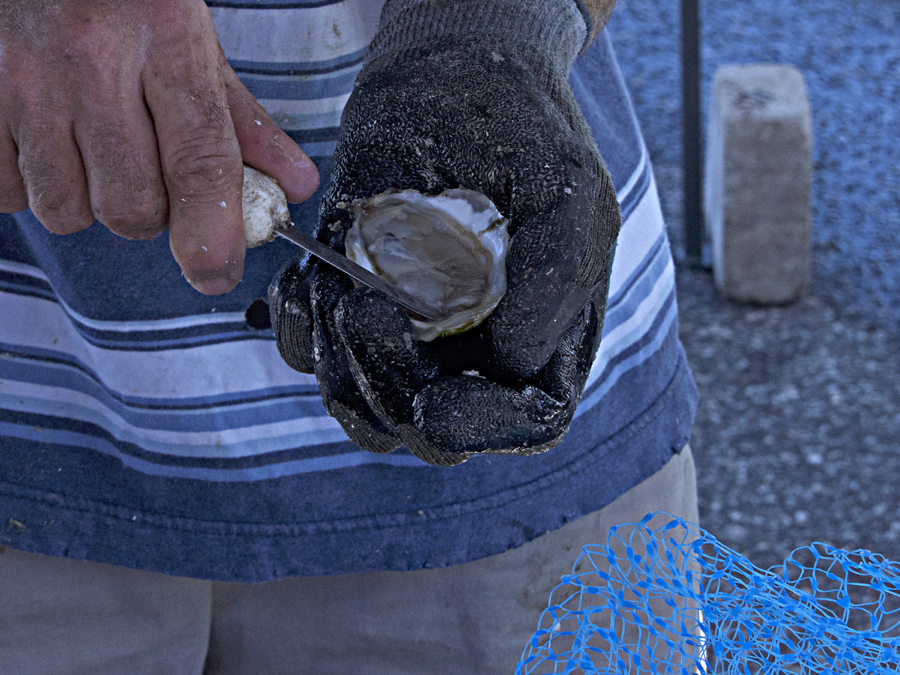 It would be hard to imagine a more perfect day for the inaugural Outer Banks Oystoberfest on Saturday. The weather was perfect, the beer wonderful and the oysters sublime.

A part of the Outer Banks Restaurant Association’s annual fall Restaurant Week, the festival did everything right to make the day special. Held at Southern Shores Crossing in Southern Shores, there was lots of oysters and plenty of beer.

With eight microbreweries on hand, each pouring two beers, there was no possibility the beer would run out. And beer truly seems to be the perfect beverage to pair with oysters.

What made the day really special, though, were the small oyster producers that were on hand with their oysters…fresh oysters, really fresh oysters.

It is remarkable how the flavor changes in the these mollusks depending on where they were raised.

Chadwick Creek is located way down in southern Pamlico Sound on the mainland side. The waters there are as close to fresh as can be. The oysters they brought were wonderfully mild, almost buttery with just the slightest hint of salt.

Two hundred or 225 miles or so to the north, Ruby Salts oysters are raised in the waters of the southern Chesapeake Bay with a lot more salt in the water. Their oysters have a briny snap to them that is almost surprising.

There were three other oyster farms on hand, with featuring flavors in between those extremes.

A number of local restaurant were also on hand, serving up oyster dishes whipped up just for the day.

Dan Lewis, owner of Coastal Provision and president of the Outer Banks Restaurant Association mentioned that proceeds from the day would be contributed to the North Carolina Coastal Federation so they could continue their work rebuilding oyster habitat.