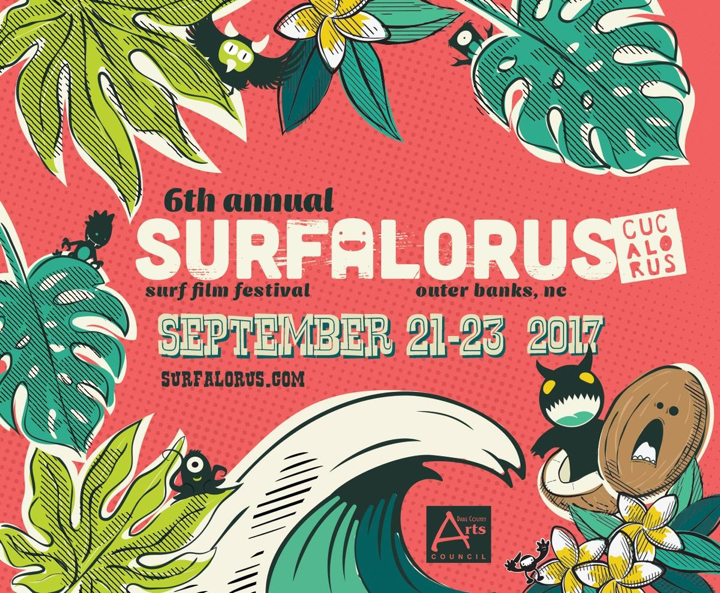 It’s Surfalorus weekend on the Outer Banks. The 6th annual showing of all films surf related kicked off tonight at Jennette’s Pier in Nags Head.

Typically when we talk about a film festival we hit the highlights…point to some film that looks outstanding, and make recommendations.

This year, however, we may already have had our highlight from a 16-year-old filmmaker who hails from Manteo.

Logan Marshall’s 20 minute film Limitless was a surprisingly well-made movie with some very nice photography and a good sound track. What really seemed to set it apart, though was how well Logan handled his theme.

Interviewing three surfers at different times in their careers, he had a 20, 39 and 62-year-old talk about what surfing means to them.

The result is a very diverse perspective yet a very consistent theme of love and repect for the sport.

Hopefully Limitless will be shown at other festivals—it’s that good. And it’s worth seeing.

Limitless is not the only highlight of Surfalorus, though.

Daniel Pullen mixed media tribute to Mickey McCarthey who passed away in December. A remarkably talented surf photographer, Mickey was one of the nicest people anyone had ever met.

Saturday the festival wraps up at the Outer Banks Brewing Station. Weather permitting—and it looks as though the weather will permit it, it’s an outdoor event.

**Featuring a collaborative trailer for a 2018 documentary film honoring the late Mickey McCarthy, by Nic McClean**

Mixed Media Tribute Exhibit to Mickey McCarthy by Daniel Pullen, where part of the proceeds go to Betsy McCarthy

Book Signing of “Legends of the Sandbar by Chris Bickford

DJ Ninja will be spinning records!

Nate Sacks and The Life Hacks plays the main stage inside the Brewing Station!