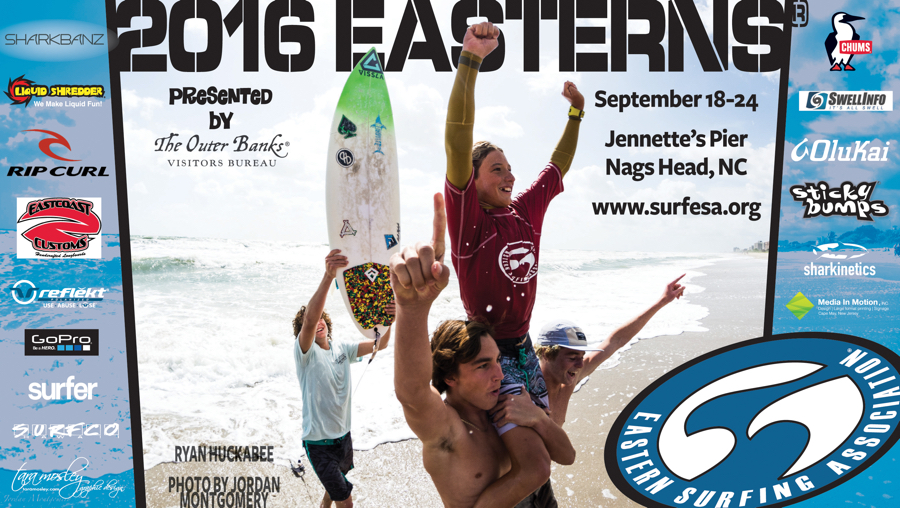 There’s a lot of surf action coming up in September and it’s looking as though mid month for anyone who’s in to all things surfing, the Outer Banks is the place to be.

Maybe it’s not really “action” but the Surfalorous Film Festival sponsored by the Dare County Arts Council is coming back for its second year September 15-17.

The movies span the gamut of independent film making—there are some two minute shorts, a few that are a little longer and a couple of feature length films.

A couple of local businesses are screening the movies as well as the DCAC Gallery in Manteo. We’re posting a schedule below.

Surfalorous wraps up on Saturday and Sunday September 18-24 the ESA Eastern Surf Championships will be held at Jennette’s Pier in Nags Head.

It’s an amateur competition, but the level of surfing, especially from the masters, longboards particularly, and juniors on shortboards is astonishing.

The Easterns is the East Coast Championship competition for the Eastern Surf Association, an amateur surf association that bills itself as the largest amateur surfing association in the world. The organization has been around for 40 years, and it probably does have more members and does more for them than any other organization.

The Man & The Sea

The Joy of Surfing