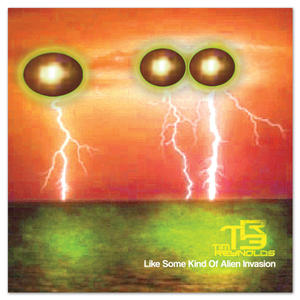 Talk to just about anyone on the Outer Banks about the entertainment scene and you’ll hear rave reviews about the quality of the musicians. The local music talent really is out of proportion to the population.

If there is a king of the hill or top dog, though, it’s got to be Tim Reynolds and TR3.

Reynolds, who is the lead guitarist for the Dave Matthews Band, has been living on the Outer Banks since 2007 and soon after he got here he teamed up with drummer Dan Martier and bassist Mick Vaughn to reincarnate TR3.

Their music is an extraordinary blend of electric ballads, jazz and hard rock-complex and layered it’s sometimes hard to imagine that just three musicians can create that much sound. That’s sound referring to the texture of the music, not necessarily their volume . . . although they can be loud at times.

We’re bringing this up now, because their latest CD, &quot;Like Some Kind of Alier Invasion&quot;, is about to be released in early October and they are about to go on tour. The CD was recorded at a local recording studio and the trio took their time about. The early reports are they really got it right.